The Inventor From Pierson 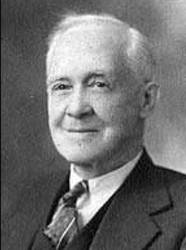 Most of us understand in a general way how using a paint roller revolutionized home decorating, but we may not have really thought about the time, dexterity and skill required to create a smooth finish with brushes. In fact, there was a time when house painting was a chore best left to professionals. Early do-it-yourselfers may have enjoyed a painting experience like the one outlined in The Canadian Inventions Book:

“Dip the brush into a can of paint and raise it above your head, being careful not to let the paint roll down your arm. Dab it on the ceiling, repeat the process hundreds of times. Then—take a bath.” So, who can we thank for this handy implement which saves time, effort and laundry costs? Well that’s a bit of a sad story. The person we should be thanking, Norman James Breakey, never got the credit he deserved.

Norman was born February. 25, 1891, in Pierson and spent his younger years in that region, but after World War I he ended up in Toronto.

It was there that Tom Hamilton met Norman Breakey in about 1940. He recalled the encounter in an 1984 edition of the Globe and Mail :

“He (Breakey) was a white haired gent who was full of purpose. He wanted my opinion on the best kind of fabric that offered a stiff bristly nap. I asked for what purpose, and he said ‘For rolling paint.’ I scratched my head at that but he resolutely went on and described to me something with a handle shaped like a ‘7’ that would hold a cardboard, fabric-covered cylinder. ‘If my theory is right this thing will revolutionize painting in Canada,’ he said.”

Hamilton suggested a mohair velour used to cover railway touring coaches, told him how to cut it on the bias, and suggested some glues. Later Norman came by to thank him and left him with one of his original rollers and a tray that had been hammered out by a local tinsmith.

Mr. Breakey started selling his inventions locally, but he either didn’t patent his invention or wasn’t able to produce and sell enough to protect his patent. One account suggests that Breakey lacked the money to produce a significant supply of rollers on his own and attempts to persuade investors to back him failed. Meanwhile, other manufacturers seized on the idea and produced their own versions of the product. An American, Richard Croxton Adams who worked for Sherwin-William claimed to have developed a design while working on his own and got the U.S. Patent.

The invention was quite a hit, but it appears that both fame and fortune eluded Breakey who died in1965 a relatively poor man. He was somewhat vindicated in 1967 when he was listed in both the inventors volume of McClelland & Stewart’s Canadian Centennial Library and a Maclean’s feature called “Who’s Who of Canadian What’s His Names.”

Breakey may have been under-heralded in life, but his work has aided generations of painters. 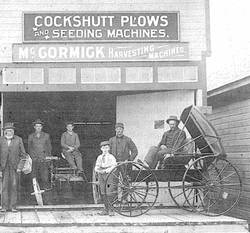 Norman Breakey as a child, in Pierson Mb.