In the last few years, the southwest of Manitoba has been experiencing a boom in oil production. Driving through the countryside around the Waskada and Pierson areas, one can see that the presence of oil is obvious by the increasing number of oil derricks visible on the landscape. The small villages belonging to the area have found themselves suddenly in the middle of a multi-million dollar economy. However, oil exploration in the southwest is nothing particularly new. 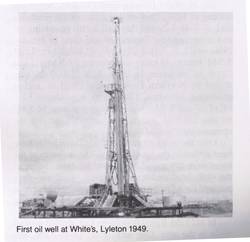 The Waskada oil field was discovered midway through 1960. Up to the end of 1979, development of the field consisted of only six wells that produced only marginal amounts of oil. However, in the 1980s, Omega Hydrocarbons Ltd drilled two new wells and recompleted three old wells. The experiment proved lucrative, which encouraged the company to proceed with a 24-well development exploratory program in 1981. The next year the company scheduled an additional 74 to 80 drillings based on the success of their existing wells.

The oil boom in Waskada in the 1980s brought positive benefits for the community. It attracted families to settle permanently in the community, which allowed the village’s high school to remain open. However, oil activity around Waskada petered out over the next decade after oil companies had extracted all that they could reasonably produce.

Much Older History in Pierson

In the Pierson area, the history of oil exploration is much older. Souris Valley Oil drilled the first well in the RM of Edward in 1949. The drilling of the well was quite a spectacle for locals, whose knowledge of the oil industry was based on books and news stories. Comments among locals ranged from thoughts of instant riches to expressions of scepticism. The rig’s equipment was owned by a Texan. Nine Americans came up to run it, and the rest of the crew was made up of local Canadians.

The rig was on site for most of the summer. Because it was the first exploration of oil in the area, much core drilling and testing had to be done. The process included a lot of waiting time because whenever specific materials were needed, they had to come from Texas or Alberta. There was no place to get drilling equipment nearby.

Many spectators were drawn to the activity, especially on weekends. Walter Murray, a store operator from Pierson, set up a confectionary and light lunch counter in a granary beside the oil rig. He made a nice profit catering to the hunger of the crowds. People came from as far away as Brandon, Estevan and Minot to watch the process.

This first well turned out not to be worth further production: though oil was found, it was not enough. The rig moved from that site and went on to drill many other holes in southwest Manitoba. Within a three-year period, the rig was being operated entirely by Canadians.

Major oil drilling in the area began in 1953-1954. Some of the earliest wells that were drilled produced oil for over 30 years.

A New Age of Oil

In the 1990s oil production in the southwest declined. However, within the last couple of years the oil fields have been reinvigorated by companies who use newer technology, such as horizontal drilling. A much higher price for oil has also made some wells economically feasible for the first time. Communities such as Waskada and Pierson—villages with populations in the low hundreds—are experiencing increased growth and activity. There is more money flowing around the communities and more job opportunities for local residents.

These communities hope that the presence of oil in their area will produce long-term benefits which will stick around long after the oil is gone.