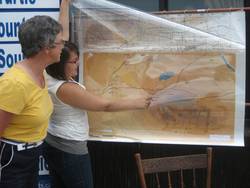 The Layered Map in action, being interpreted by TM-SPHA employee Tiffany Ramsden.

This is essentially the "hard copy" version of the Interactive Map feature of the website. The map is simplified into a base map showing topographical features, overlayed by five layers, each of which reflects an era or broad chapter in the history of southwest Manitoba.

This map is designed to give a broad impression of the people and activities that have swept through and occupied what is now southwest Manitoba. The map shows what is underneath the map of southwest Manitoba we are used to seeing. It communicates the idea that the most recent layer of the map – borders, roads and present-day communities – is not necessarily the most important one. There are thousands of years of history underneath our feet. Many multitudes of people – postglacial nomadic cultures, modern First Nations, Métis, and European explorers, trader and settlers – have walked this land and found sustenance here. 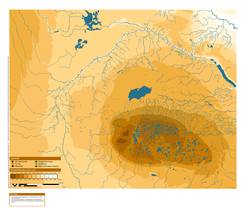 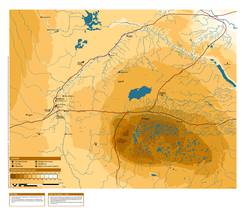 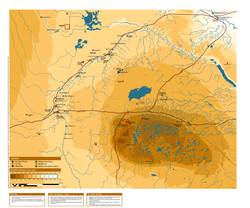 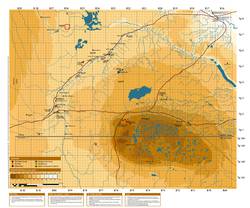 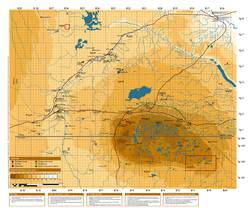 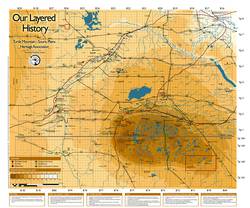 We are currently working on a sixth layer to the map, one that shows present-day roads and highways.